Third day was dedicated to shopping. As if the first two days weren’t. Haha. We left Bryan’s home with our things and dropped it at the Fragrance Sapphire Hotel in Geylang area where our friends were staying. Geylang is considered as the red light district in Singapore. No need to be picky that’s one of the best budget hotel with good reviews they can find. The hotel is nice and clean and has a Filipino front desk who’d been very accommodating to them and to me and Shy as well. We’ll pick our things before we board for Malaysia via Jetstar.

Bry and Shy while waiting for a cab. 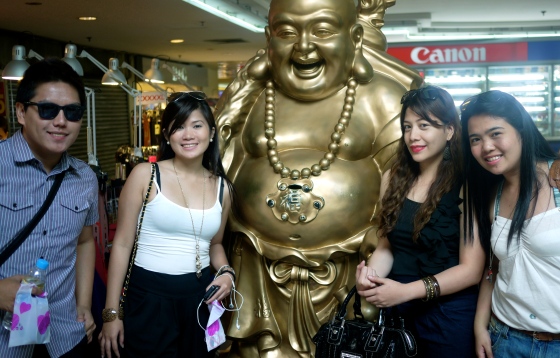 Our last destination was Orchard Road. It’s the premiere shopping haven in Singapore. There’s a long stretched of upscale shops, boutiques, stores, restaurants and hotels. Even if I stroll here the whole day I won’t mind. 🙂 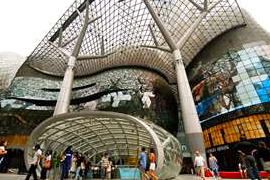 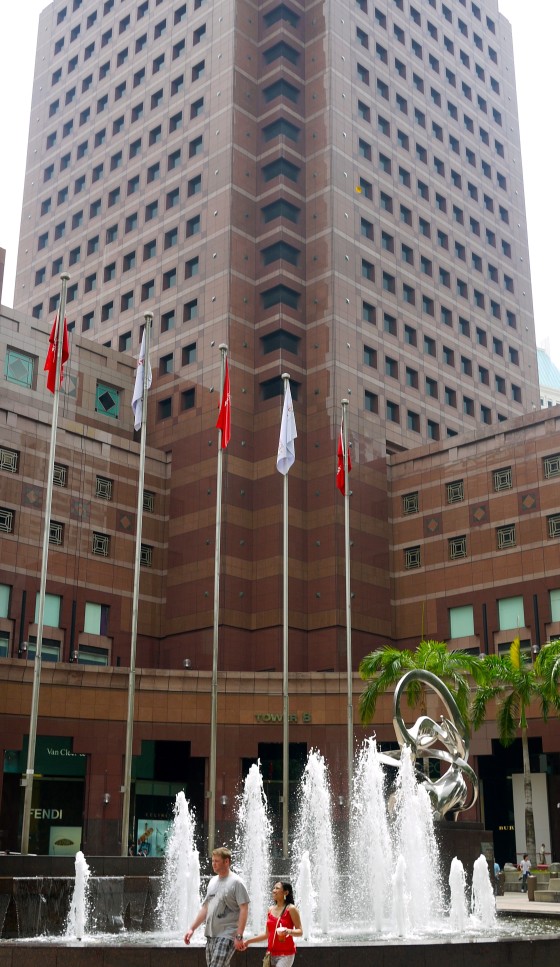 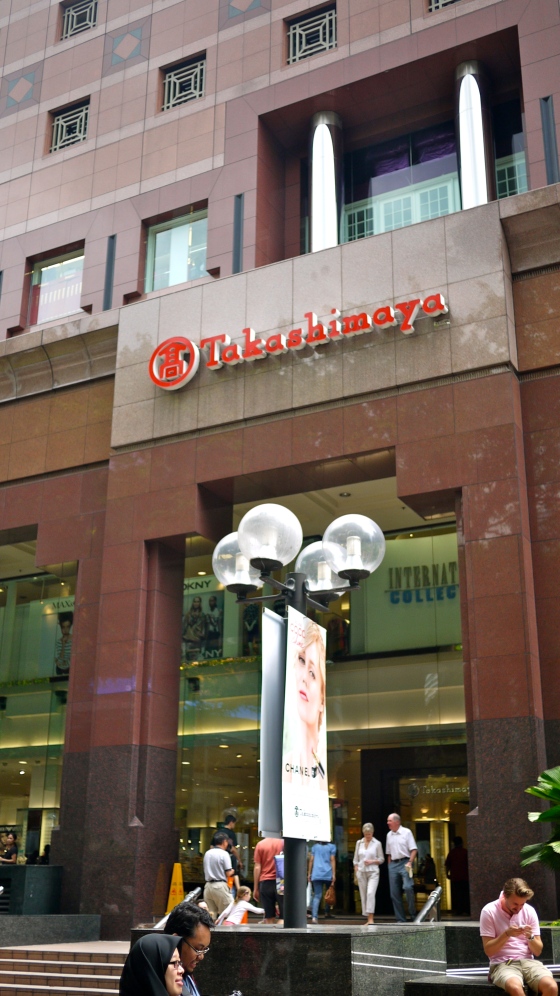 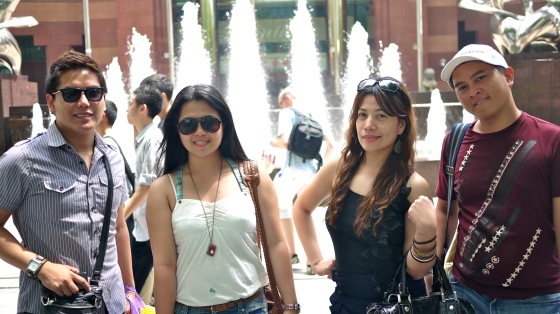 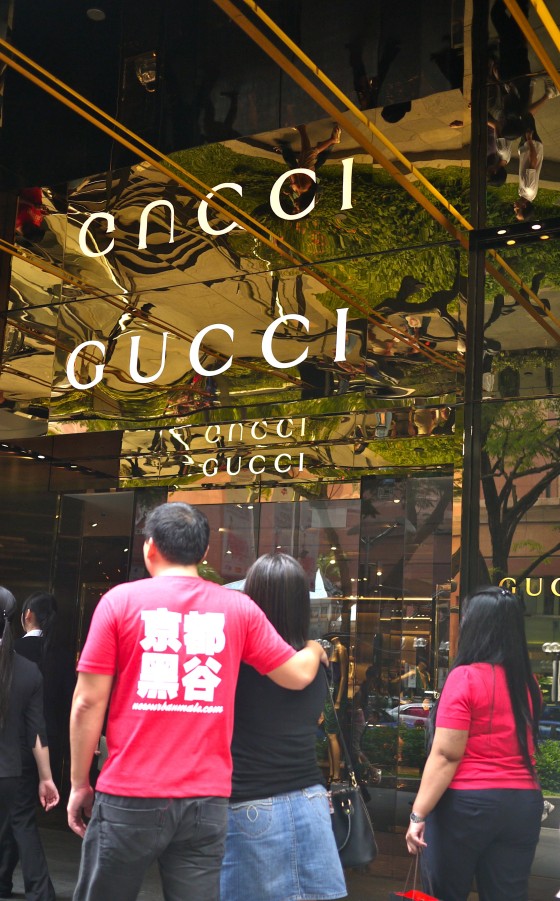 Paragon. Opposite Takashimaya, one of the high end shopping mall in the strip.

We had lunch at ION Orchard’s food court.

at the ION Orchard food court 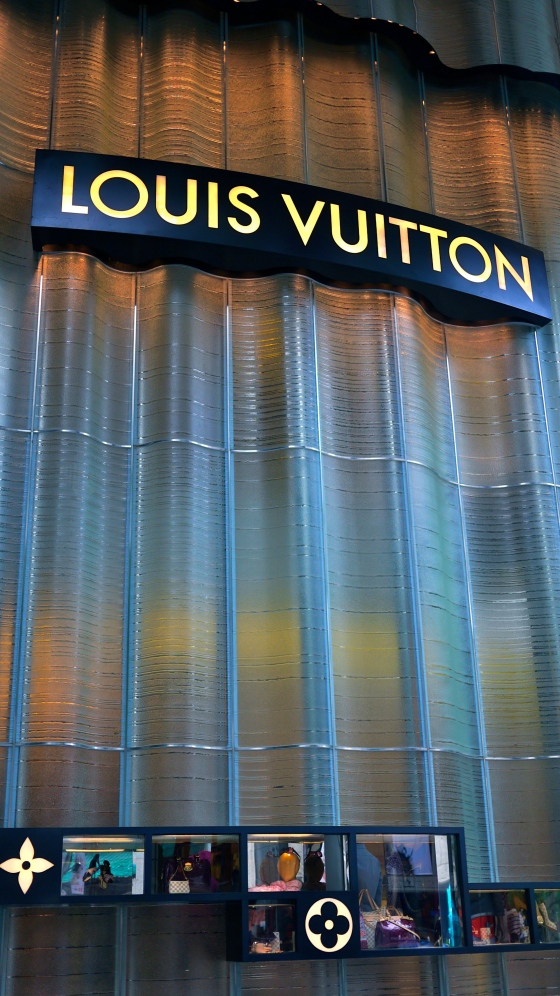 Louis Vuitton at the front of Ion Orchard

Can’t help but pose at this “shining” bag. Lol.

Man on the street.

City bus/coach tour. Also known as hop on-hop off off tour. Duck and Hippo is just one of the many city tour bus companies offering this kind of tour. You’ll able to tour around the city. City buses link you to major sights, attractions and hotels. Different packages available.

Another man on the street.

At the man’s back, on the other side of Orchard Rd is Lucky Plaza. Souvenir items, gadgets, perfumes, low-cost salon and cheap food, money changer were here. A lot of Filipinos, working, hanging out and some out for shopping and cheap finds.

We’re looking for a good quality shirt with the famous “I Love SG” print and we’re only able to find it on the Giordano stall near Lucky Plaza. Tending the stall is a Filipina. 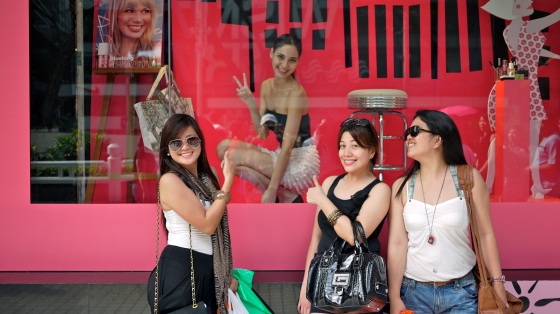 And this one HOT! Again we can’t help ourselves but ask for a picture. Lol 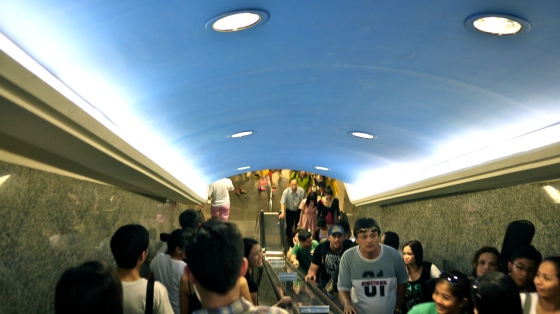 Back to Dhoby Ghaut Station to ride an MRT to Kallang station. 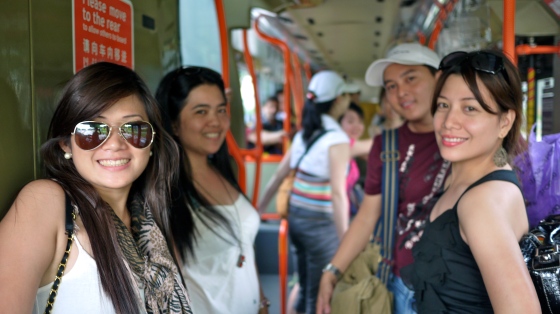 From Kallang Station we rode a bus to Fragrance Sapphire Hotel to pick up our things before going to the airport. 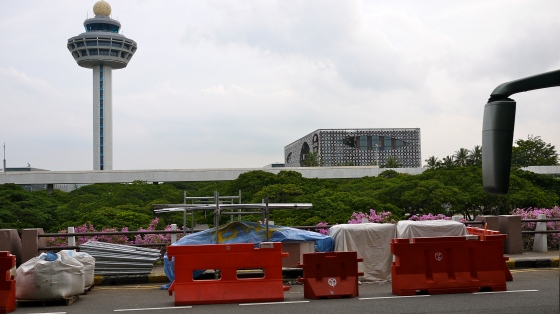 Saw one of our hotels in SG. The Crowne Plaza Changi Airport on terminal 3. 🙂

at the Changi International Airport, Terminal 1

Flying to Malaysia in few hours. 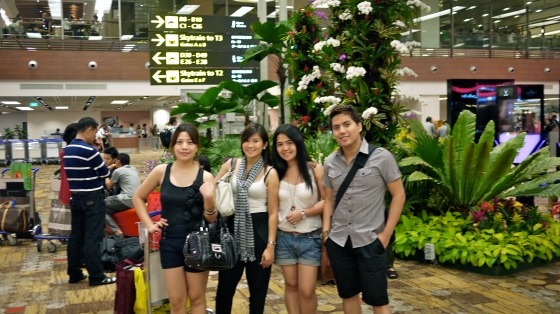 After going through the immigration. All smile.

At the lounge, on the other side were units of computer available for public use. We just checked FB and rest for a while then we had dinner. 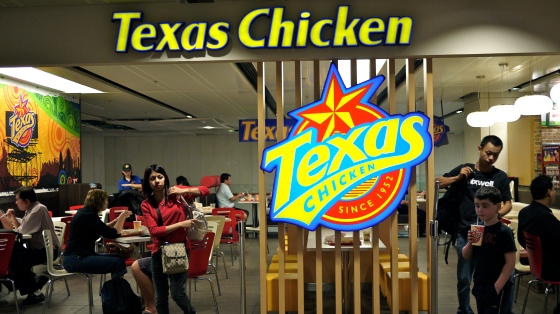 Delighted to see Texas Chicken. We no longer have this chain in the Philippines. They served BIG chickens. 🙂 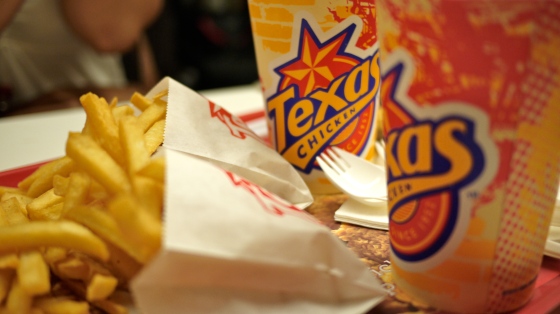 While waiting for our flight. Rons and Siops at the massage chair.

Touchdown Malaysia. KLIA is one of Southeast Asia’s largest airports. This is so far my favorite airport of all. To add that there’s also free wifi in the area. 🙂

Sale at the Lacoste store in the airport. All of us end up buying due to good discount.

Riding an Aerotrain  to Sattelite Terminal A

KLIA is a bit far from Kuala Lumpur, about 50 km or 31 miles away. We’re all sleepy, low energy when we arrived at the hotel. Since our flight arrived late in the evening we have no other option but to avail the airport taxi. And its not cheap. Public tram’s already close. We tried to think a cheaper way to go to the hotel but we don’t know the area so no other option but to take it.

We stayed here and booked two rooms. We availed my employee rate, got the room very cheap if we were to compare to its original price. Some of the perks. 🙂 Cheaper than the fare we paid for the airport taxi. Hotel staff were very friendly and accommodating. Even made our rooms adjoining. 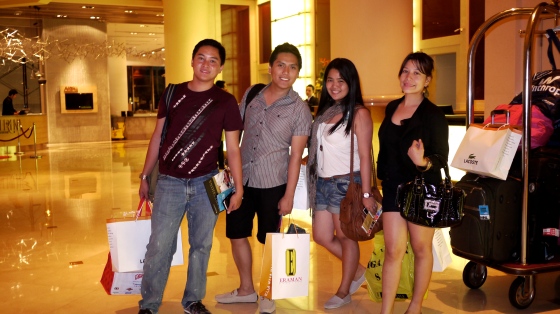 After we checked in. It’s a late arrival. Fake smiles. Haggard. Hehe. 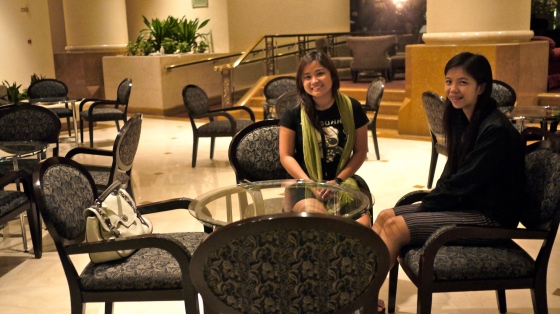 At the hotel lobby. They took a bus from Singapore to Malaysia together with Bryan. They arrived earlier than us. 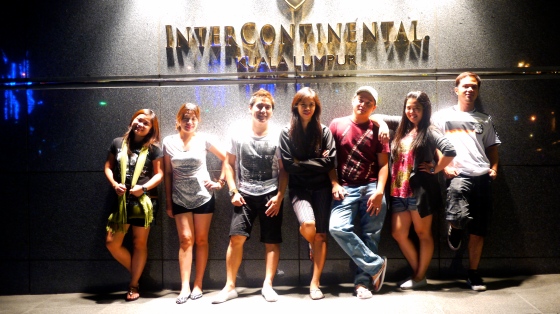 We decided to go down and check Petronas Tower but light was already off. Just took some picture after a short stroll and went back to the hotel. Me and Shy only have one day in KL so we need to make most out of it.

CREDITS: I didn’t bring by DSLR because I knew Shy will bring hers. All pictures on this trip were from her.

Day 2: Exploring SG with our feet